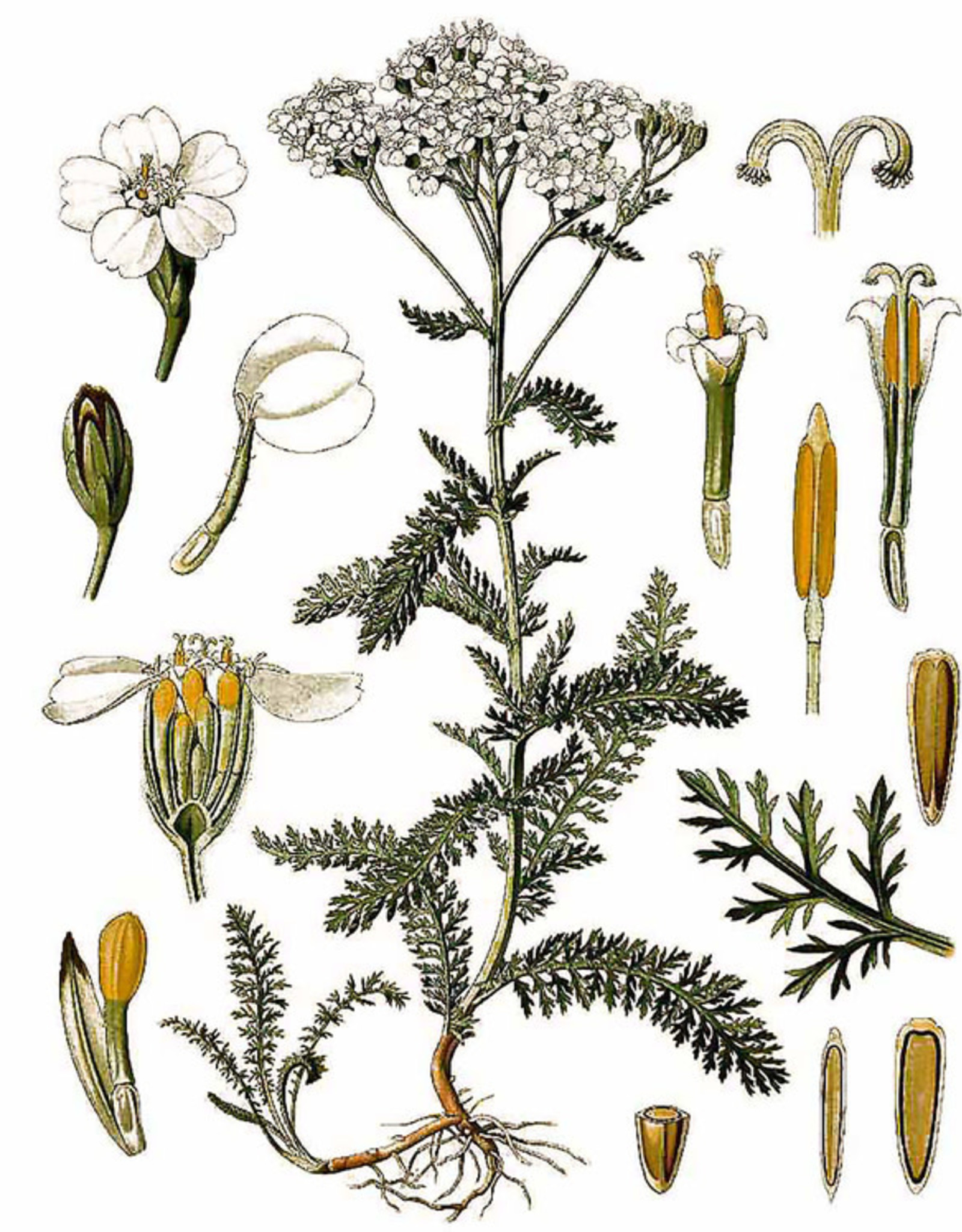 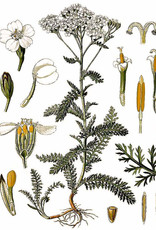 Yarrow is an herbaceous perennial with featherlike leaves and clusters of tiny, fragrant white to pink flowers. It can be found cultivated in gardens and along fields, mountains, and roadsides as a common weed. Achillea millefolium has a long history of use for its healthful properties in traditional Western herbalism. Dried yarrow leaf and yarrow flower are combined for use in skin care creations and herbal tea blends. Our organic yarrow leaf and flower can also be used in tincturing.

Yarrow is a flowering perennial, common in North America but also native to Europe and Asia. Also called milfoil, its leaves are soft and highly segmented with a characteristic appearance that is almost feather-like. Yarrow grows stalks during the summer months, with a height that is dependent upon the seasonal rainfall. During dry years, these stalks may only grow a foot or two, preserving energy in its roots. Clusters of tiny white flowers grow atop the stalks, emitting a distinctive and characteristic aroma.

Yarrow received its Latin name Achillea from the legendary Greek hero Achilles. According to the common legend, Achilles's mother dipped him into the river Styx by the ankle in an effort to make him invulnerable. Fighting many battles as a seemingly invincible warrior, Achilles used yarrow to treat the wounds of his fellow soldiers. He later died from a wound to his heel, as it was the one unprotected part of his anatomy.

Precautions
Not for use in pregnancy except under the supervision of a qualified healthcare practitioner. Persons with allergies to other members of the Asteraceae family should exercise caution with yarrow, as allergic cross-reactivity is common in Asteraceae plants. Processed in a facility that also produces tree nuts. Tree nut fragments may be occasionally present. We recommend that you consult with a qualified healthcare practitioner before using herbal products, particularly if you are pregnant, nursing, or on any medications.