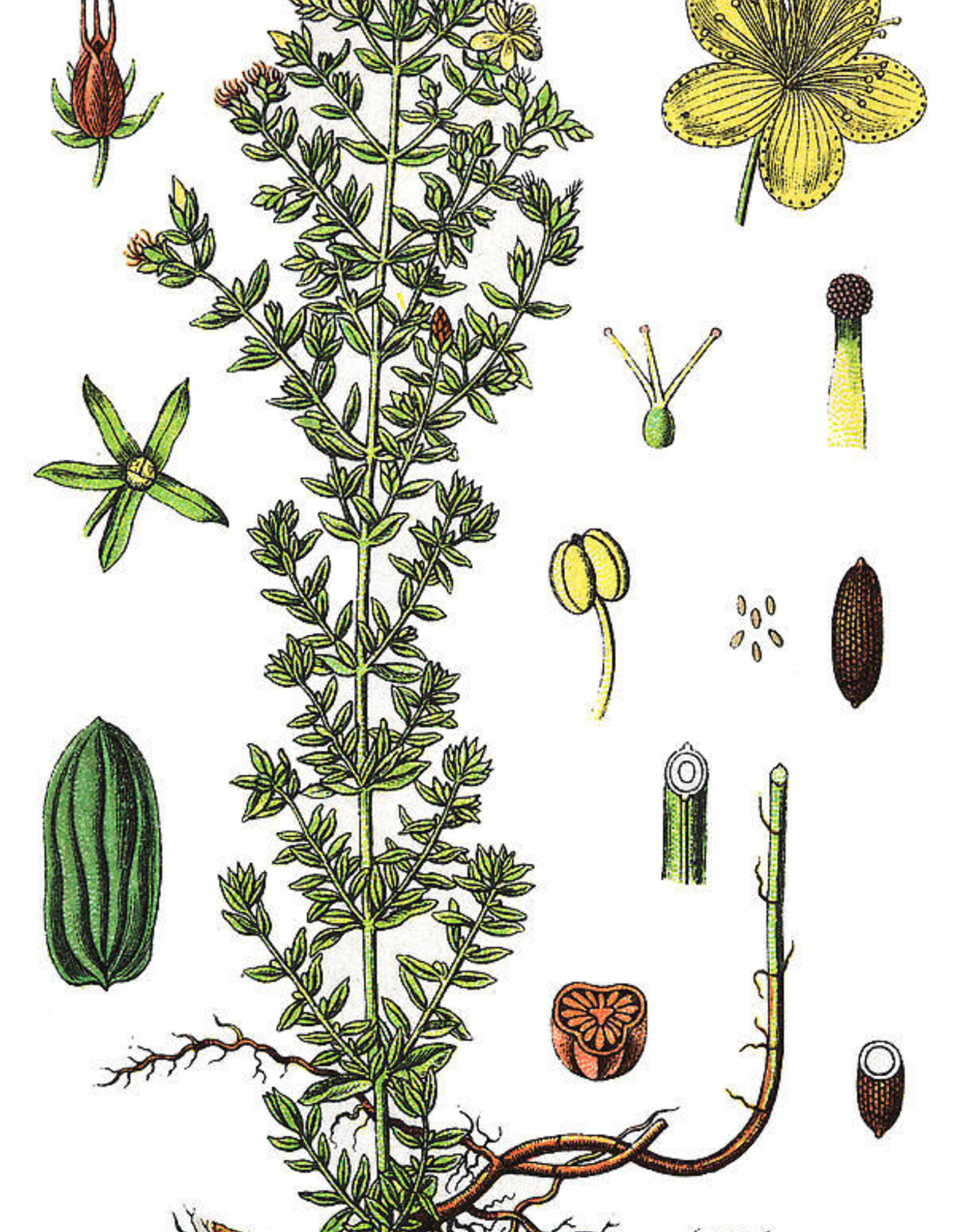 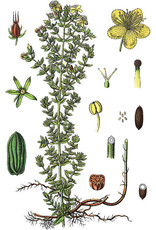 Hypericum perforatum is an herbaceous perennial that grows wild along roadsides and in disturbed meadows. Native to Europe, Saint John’s wort has naturalized in temperate climates around the globe. Its bright yellow flowers are reminiscent of the sun and are traditionally harvested in the peak of summer between June and August. St. John’s wort has a long history of use in traditional Western herbal practices. Typical preparations include steeping as tea, oil infusion, and extract.

Hypericum perforatum is one of many species known commonly as St. John's wort, and is the species most commonly associated with herbal preparations. It is native to Europe but has since been naturalized to other temperate climates around the world, with particular prominence in North America. The plant is a creeping perennial, producing star-shaped yellow flowers containing long, abundant stamens. St. John's wort is traditionally harvested near the beginning of the flowering cycle on St. John's Day, which falls annually on June 24th. The flowers continue blooming throughout the summer and may be freely harvested throughout the season.

Considered a holy herb, St. John's wort was employed for a number of folkloric uses during the Middle Ages. It was once believed that the herb helped to protect people from curses, demons, and lightning.

In contrast to its many uses, some countries have identified St. John's wort as an invasive species and noxious weed. Though useful to humans, it can be dangerous to livestock, sprouting up in pastures and causing photosensitivity to the grazing animals that feed upon it. St. John’s wort belongs to the Hypericaceae plant family.

Precautions
Not to be used during phototherapy. Fair-skinned persons should avoid excessive exposure to sunlight during use. May decrease the blood levels of certain orally administered drugs. Consult a qualified healthcare practitioner before taking with medications. We recommend that you consult with a qualified healthcare practitioner before using herbal products, particularly if you are pregnant, nursing, or on any medications.