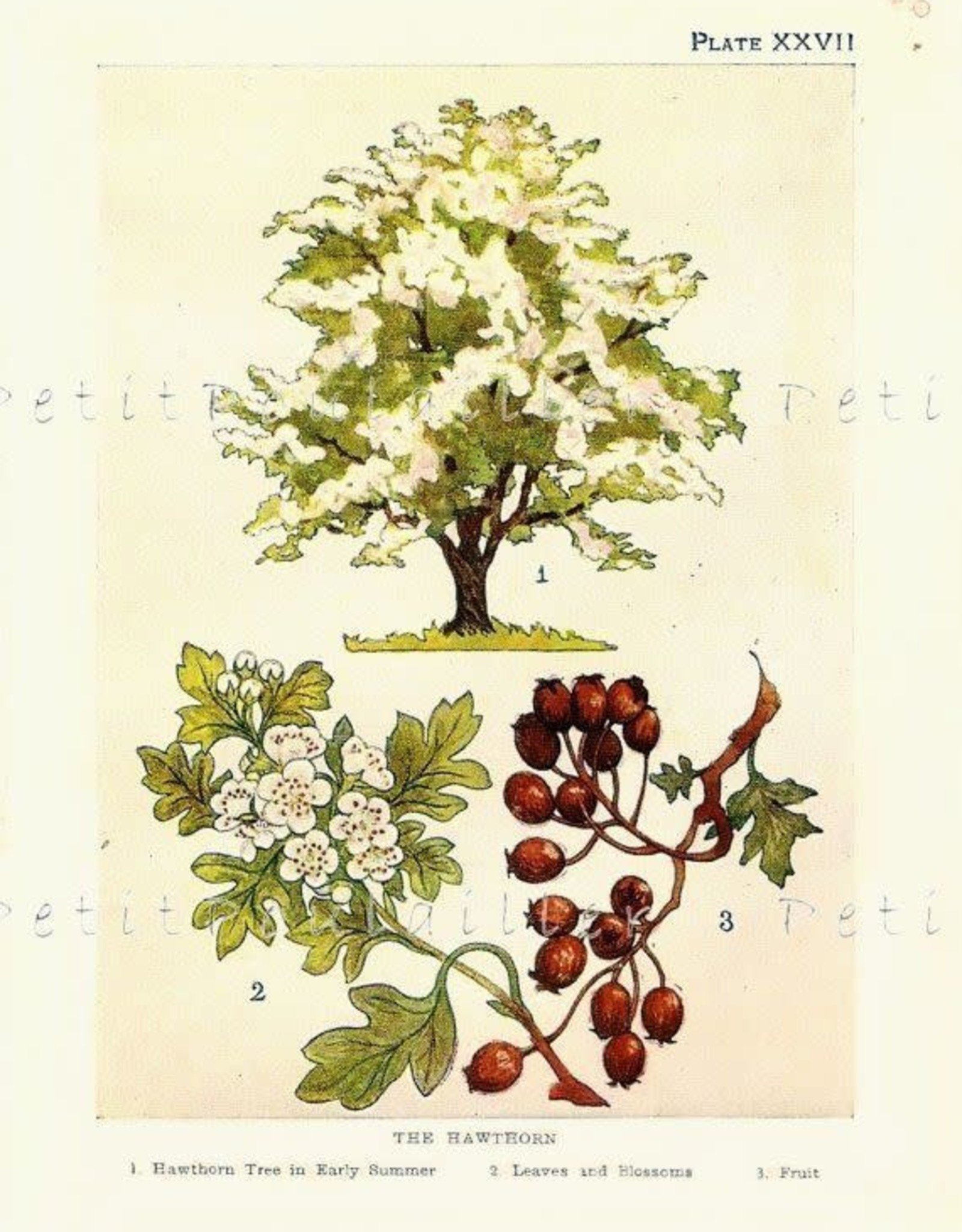 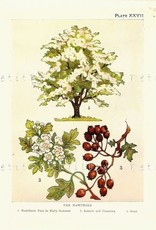 Hawthorn has a long history of use in traditional Western herbalism and is well-loved for its affinity for the heart. The red berries of Crataegus monogyna have been an ingredient in jams, wines, cordials, and candies for centuries. A member of the rose family, hawthorn is a large shrub covered in sharp thorns. Sometimes spelled hawthorne, the berries are picked fully ripe in autumn before the first frost. Hawthorn berry is often macerated in herbal vinegar and syrups, infused as hawthorn tea, or used in tincturing.

Hawthorn leaf, flower, and berry have been praised over the centuries for their heart elevating properties. Believed to uplift and strengthen both the physical and emotional heart, hawthorn, as it supports healthy cardiovascular function, was also revered for ceremonial and spiritual purposes. The flavorful red berries have been used in candies, jams, jellies, wines, and cordials and are widely available in many forms as dietary supplements.

Crataegus is a thorny shrub or tree with stems and trunks that consist of hard wood and gray bark, often having tri-lobed leaves and white flowers that are similar to other genera in the Rosaceae family and bearing bright red berries. There are around 280 known species, several of which are used in traditional medicine and may be used interchangeably. Generally, C. laevigata (synonym C. oxyacantha) and C. monogyna are found in commerce. In Traditional Chinese Medicine (TCM), C. pinnatifida is used. Crataegus oxyacantha is derived from the Greek 'kratos', meaning hardness and referring to the wood, 'oxcus' which means 'sharp', and 'akantha' which is a thorn. In several countries in Europe, in particularly Germany, the hawthorn was used as a hedgerow, 'haw' being an older term for 'hedge.' This shrub was also referred to as 'whitethorn' due to its light bark. C. laevigata or English hawthorn is native to the northern temperate forests of Europe..

Most hawthorn that is cultivated for commercial purposes is obtained from the United Kingdom and other countries such as Albania, Bulgaria, Romania, the former Yugoslavia, and Poland.
Collect the flowering branches in the spring as all parts (leaves, twigs, spines, flowers) may be used for fresh tincturing. Or if drying, discard stems and spines. The berries are best harvested in the fall when they are fully ripe, and before the first frost.

Hawthorn has been used since the Middle ages, with some accounts going back as far as the first century to Greek herbalist Dioscorides. It was later used by Swiss physician Paracelsus (1493–1541 CE). Considered to be a particularly symbolic tree with many folktales and magical myths surrounding it, hawthorn was "sacred tree medicine" to the ancient Druids, and was said to house fairies, specifically when growing with oak and ash trees. However, it was unlucky to bring the flowers into the house, quite possibly because they would bring the fairy folk with them. Hawthorn twigs and flowers were incorporated in the marriage wreath symbolizing chastity and insuring prosperity at Greek weddings and were also used to decorate alters worshipping the goddess of marriage, Hymen. In Ireland, couples desiring hawthorn's blessing would dance around it at marriage ceremonies. The sprigs were attached to newborn's cradles to protect them from evil and also used to decorate the maypole for the May Day or Beltane ceremony, which celebrated fertility and renewal. The blooming of this tree coincided with the first day of summer which occurred in May.

In the traditional medicine of Europe all parts of the tree were appreciated and utilized: leaves, berries, flowers, and the wood. The blossoms were used as a heart tonic and a diuretic, and the berries and leaves were made into an astringent tea to soothe throats. The bright red sumptuous berries were also made into a tasty brandy cordial. Additionally, the wood was carved into smaller objects such as boxes and combs and burnt as fuel producing wood fires that were extremely hot.

Hawthorn or 'shanzha' has been used in TCM since ancient times, however most historical uses were related to digestion until recently. It is considered energetically slightly warm, associated with the spleen, stomach, and liver meridians, and reflects both sweet and sour tastes. Presently, it is used to support the cardiovascular system as well, and in fact, in China, the berries are so popular that they are made into hawthorn candies that are similar to the 'fruit roll-ups' in the West.

Hawthorn is considered a superior heart tonic by many herbalists. However, its effects on the heart are manifold. Many consider hawthorn to be transformational for the emotional or spiritual heart as well. Herbalist Matthew Becker suggests that hawthorn is specifically helpful for women with "broken hearts" i.e. for those "feeling wounded and hurt." Often the flowers and leaves are made into floral essences to address these types of emotional issues. Hawthorn is considered slightly warm energetically and both sour and sweet in taste.

Precautions
Please note that Hawthorn Berries will sometimes develop a white film on the berry. This is natural sucrose maturing in the outer skin. We recommend that you consult with a qualified healthcare practitioner before using herbal products, particularly if you are pregnant, nursing, or on any medications.