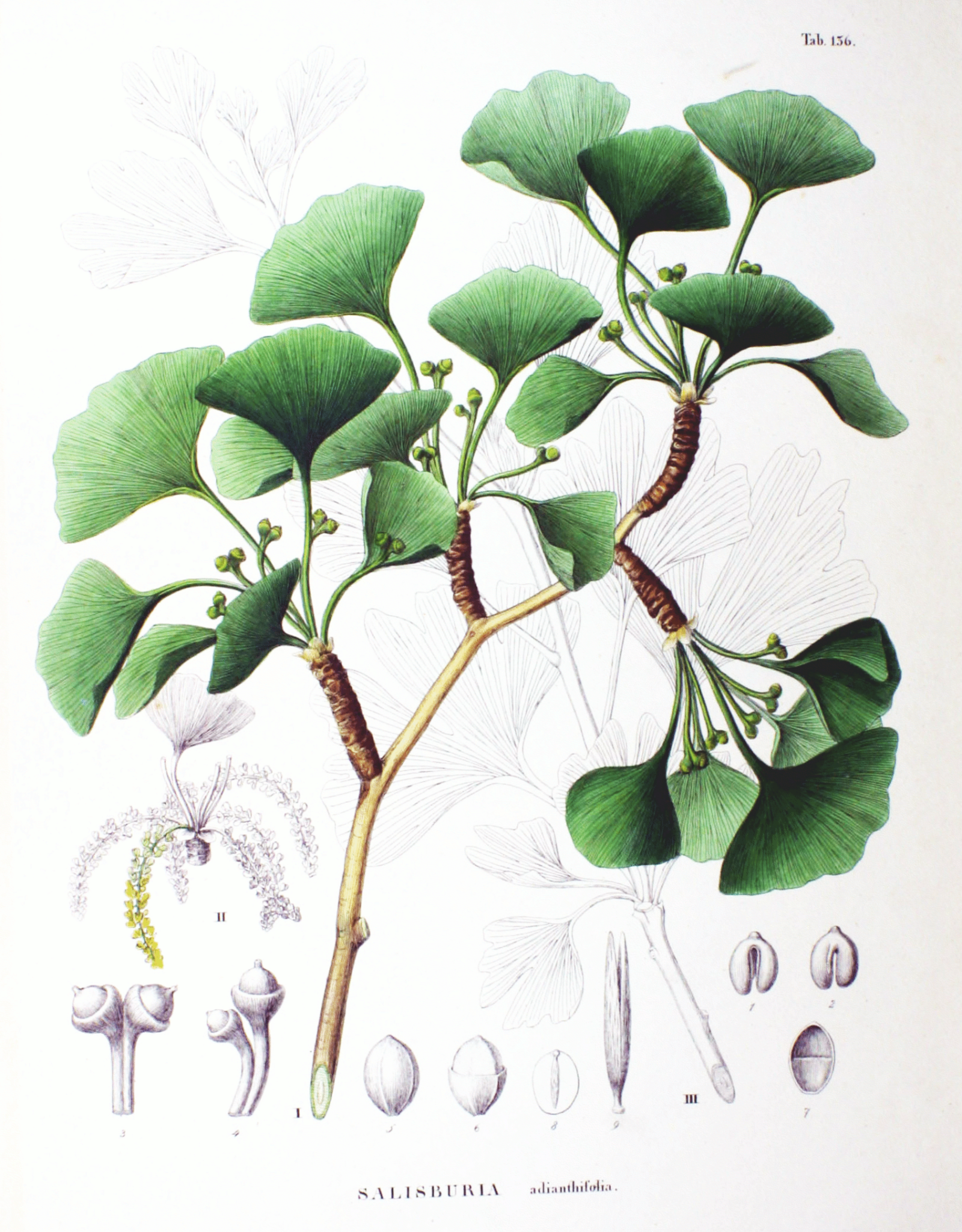 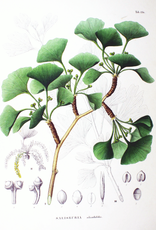 Ginkgo biloba is the oldest living tree species on the planet today. Native to a small range within China, it is difficult to find ginkgo growing in the wild but the tree is extensively cultivated globally. Ginkgo leaf has a long history of use in Traditional Chinese Medicine for its wellness-supporting properties. Also spelled gingko, the leaves can be utilized in extracts, infusions, and herbal formulations.

Ginkgo, the oldest living species of plant on earth, is more than 225 million years old. In this U.S. it has been one of the ten best selling herbs for more than 5 years and a standardized extract of ginkgo leaf is presently one of the most frequently used plant-based remedies in Europe.

Recent research into the plant has discovered a range of active compounds in the leaves and this has excited a lot of interest in the health-promoting potential of the plant. The leaves contain ginkgolides, these are compounds that are unknown in any other plant species. The leaves are best harvested in the late summer or early autumn just as they begin to change color. They are dried for later use.

Dried ginkgo leaves are considered "sweet" and have a gentle effect. They can be used in teas, capsules, and extracts.

Native to China, the ginkgo tree is beautiful and unique, both aesthetically and biologically. Having lived for over 225 million years, the ginkgo is one of the oldest known species on the planet. Wild populations of ginkgo are rare, existing only in two known regions of the Zhejiang province in China. Nevertheless, ginkgoes are heavily cultivated across China and in some parts of the United States, with naturalized populations located in parts of Asia. Ginkgo resides in the Ginkgoaceae family.

After the bombing at Hiroshima at the conclusion of World War 2, surveyors examined the effect of the blast on local plant populations. Throughout the devastation, six ginkgo trees survived the bombing, the closest of which still lives less than 1200 meters from the epicenter. This tree stands as an international symbol of resilience and the ginkgo itself is regarded as a "bearer of hope."

Remarkably hardy, ginkgo trees are slow to grow and can live over 1000 years. The female trees produce small globular fruits with a distinctive unpleasant odor. As such, many cultivators distribute only the male trees which do not produce the fruit.