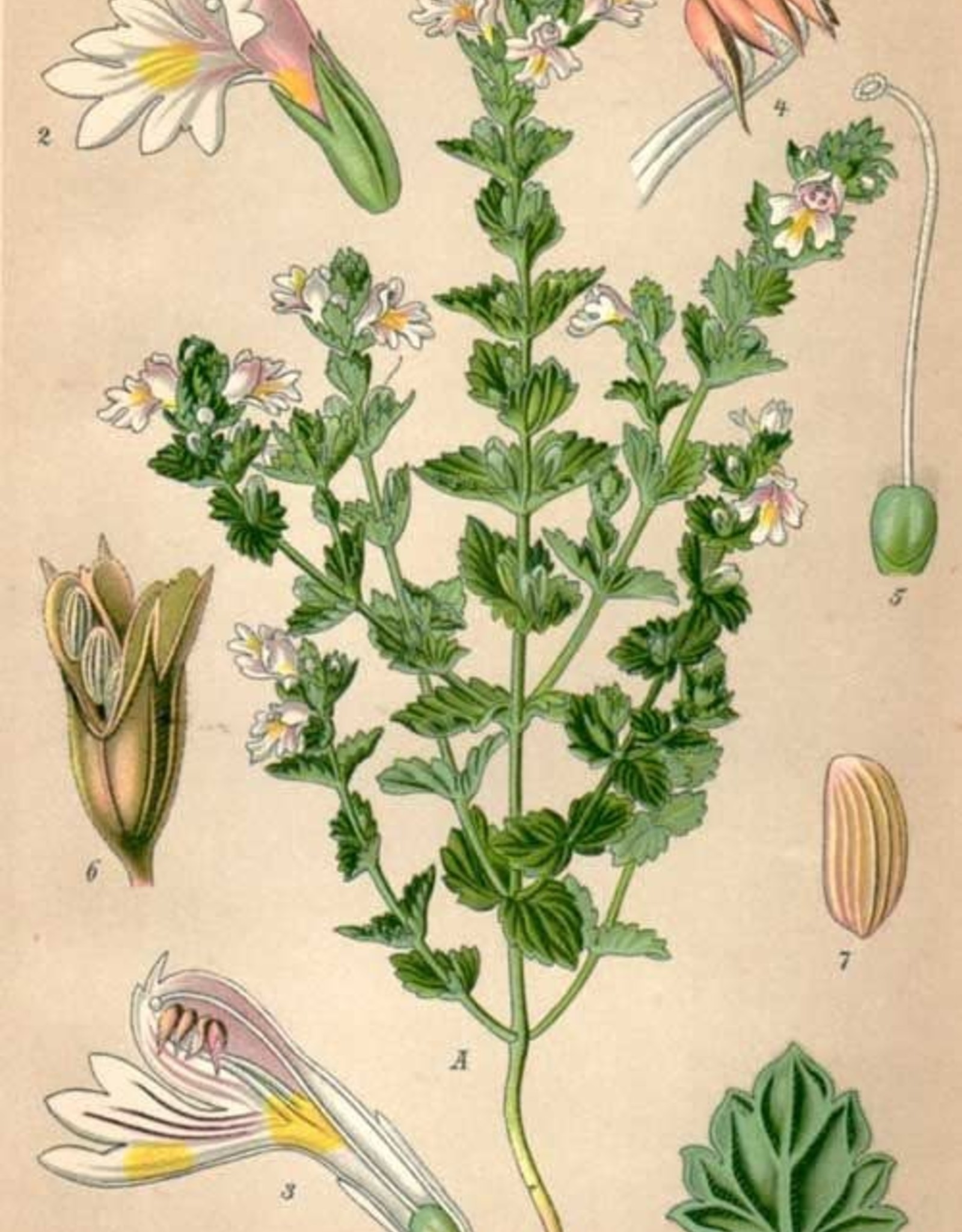 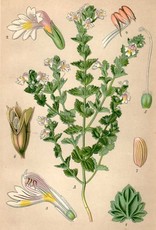 Euphrasia officinalis proper is native to Great Britain; it is one species of a genus of wildcrafted herbs similar to eyebright herb that grows wild across the Northern Hemisphere. Interestingly, it resists most attempts at cultivation unless there are other plants for it to feed on; euphrasia officinalis is considered a "parasite" - part of a group of natural herbs and other plants that feed off of the roots of other plants, such as grasses.

Traditionally, the plant was used fresh, cut off just above the root so the the milk could be collected.

This is also one of the organic herbs used in herbal cigarettes in Britain, which are smoked; although inhaling any kind of smoke is inadvisable.