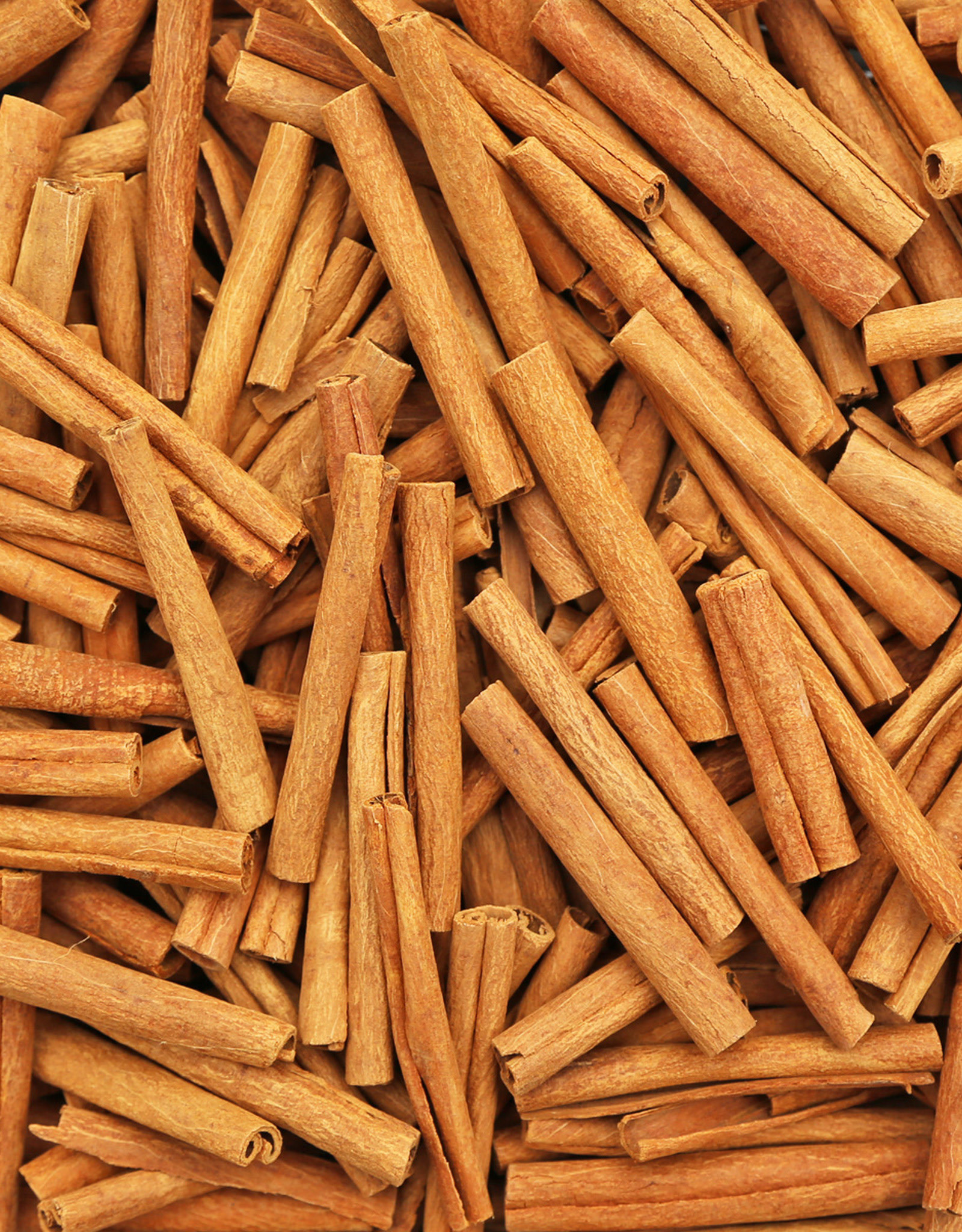 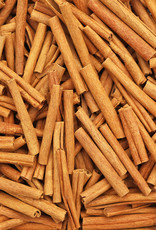 Our organic, fair trade sweet cinnamon sticks are rolled from the bark of the Cinnamomum verum tree. Their several thin layers and light, reddish-brown color signal a “true cinnamon” stick. Throughout history, cinnamon has had vast cultural significance. It was highly prized by many ancient cultures as a gift to monarchs and deities, and it maintains a long history of traditional use within eastern and western cultures. Ceylon cinnamon, also known as sweet cinnamon, is now popular around the world with its diverse range of uses from confectionaries and cordials, to perfumes and cosmetics. One of our favorite uses for Cinnamomum verum is in cinnamon tea.

Cinnamon has been enjoyed since ancient times, mentioned in not only the Bible, but also in Egyptian texts. It was widely traded thousands of years ago in Europe and in Asia by Arab spice traders. Its uniquely sweet and delicious flavor and warming, uplifting aroma have been utilized in countless confectionaries, baked goods, perfumes, cosmetics, beverages, and cordials. Sweet cinnamon, often referred to as “true cinnamon”, has a more subtle, delicate, and sweet flavor than the closely related cassia cinnamon.

Cinnamomum verum is a small evergreen tree native to tropical southern India and Sri Lanka, growing from sea level to almost 3,000 feet. It has been introduced to Madagascar and the Seychelles and is cultivated there extensively. It belongs to the Laurel or Lauraceae family, a family containing diverse genera ranging from the Mediterranean bay tree, to sassafras, paw-paw, and the tropical avocado.

Cinnamon bark has been used for thousands of years in traditional Eastern and Western medicines. It appears in recorded history dating back to at least 1,700 years B.C.E where it was a component of embalming fluid in ancient Egypt. The Arabs were avid spice traders who provided this spice to the ancient Romans, Greeks, and Hebrews. These cultures treasured cinnamon as a spice. It is believed that it was added to a spiced wine referred to as 'Hippocras'. European explorers considered cinnamon to be the most sought after spice of the 15th and 16th centuries and by the 17th century, it was considered a common kitchen spice. By the 19th century, cinnamon was commonly used to support digestion. It is a component of 'garam masala', a spice used in Indian cooking comprised of turmeric, peppercorns, cloves, cumin, and cardamom. Further, it is found in many Middle Eastern and North African dishes, as a spice for lamb or stuffed eggplant, and often added to chocolate in Mexico.

In Ayurveda (traditional Indian system of healing) cinnamon is referred to as 'twak' It is a highly valued and multipurpose herb. According to the Ayurvedic practitioner, Karta Khalsa, "the classic patient who can benefit from cinnamon is cold, dry, and frail." Cinnamon is considered to be a warming herb that is stimulating to the circulatory system and soothing to the digestive system. The essential oil is used extensively as a flavoring for soft drinks, baked goods, sauces, confectioneries and liqueurs. It is distilled from a mixture of leaves, twigs and bark, and must be used with caution as a fragrance as it does have skin sensitizing properties. Cassia is the cinnamon most often used in TCM as it is native to China.

True cinnamon and cassia are quite similar and are often confused in trade. In the United States, the American Spice Trade Association approves labeling for both cassia and true cinnamon bark as simply 'cinnamon' for use as a seasoning. There are subtle taste differences and chemical properties, yet these species have been traditionally used almost interchangeably.

Note: Cassia bark is harder, thicker and more rough than true cinnamon. It is also reddish in color whereas true cinnamon tends to be more tan. Cassia sticks curl inward from both sides toward the center as they dry. True cinnamon has many thin layers of bark.